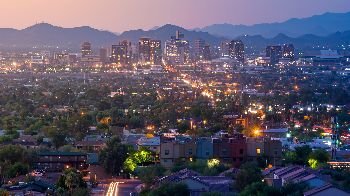 Showhomes Aims to Expand in Phoenix

Showhomes, the nation’s leading home staging franchise that has helped realtors and homeowners sell more than 30,000 residential properties valued at over $10 billion since its founding in 1986, is looking to expand its presence in Phoenix, Arizona.

The company currently has a location in nearby Scottsdale, Arizona, and after more than 20 years of success in the market, Showhomes is aiming to open up to additional franchises in the Phoenix area within the next 18 to 24 months.

“After two decades in Scottsdale, the market has consistently proven itself to beone of the top locations in the U.S. for Showhomes,” said Matt Kelton, CEO of Showhomes. “We want to grow into the Phoenix metro area because of the dramatic growth the area has experienced over the last couple of years and the booming economy in Arizona.”

According to the U.S. Census Bureau, Phoenix is one of the fastest-growing cities in the country. The Census Bureau’s 2017 City/Town Population and Housing Unit Estimates show that Phoenix saw the nation’s second-biggest population increase, adding 65,852 new residents over the course of 2017, or almost 66 people per day. The boom increased Phoenix’s population to 1.63 million people, making it the fifth-largest city in the country.

“There is a huge influx of people and businesses moving to Phoenix,” Kelton said. “The strong economy is a big driver for the growth in the region with a lot of quality jobs attracting people. With all these new residents, the demand for more homes will follow.”

Reports indicate that Phoenix’s housing market is recovering from the recession. In nearly 30 Phoenix-area neighborhoods, prices have bounced back to 2006 levels or higher, with prices rising the fastest in metro Phoenix’s most affordable, centrally located neighborhoods, from downtown Phoenix to central Mesa, where millennials who are looking to buy their first homes are driving the recovery. Values in another 40 neighborhoods are within 10 percent of recovering.

“The market has become substantially more stable since the recession, with Phoenix being a big target for millennials, who are buying homes in record numbers,” Kelton said. “All of these indicators suggest the Phoenix area is in need of our services.”

New construction in Phoenix has also increased. According to the Associated General Contractors of America, the Phoenix metro area added almost 10,000 new construction jobs, which is the second-highest amount in the country and a nine percent increase from 2017.

“New Construction of single family homes has really taken off, which is a great opportunity for us,” Kelton said. “More homes being built means there will be a greater need for our home staging services by the builder community.”

Showhomes is currently seeking qualified franchisees in the Phoenix area.

“We are looking for franchise partners who are passionate about the home design and staging industry,” Kelton said. “They explore open houses for fun and have their televisions tuned to HGTV, but they also have a drive to put a team together and are aggressive about building a profitable business.”

Eager to grow, Showhomes is planning events where people in Phoenix who are interested in the franchise can learn more about the opportunity.

“We are very excited to grow in Phoenix,” Kelton said. “After the incredible success we have seen in Scottsdale, we are looking forward to filling out the rest of the market and serving the entire area, which has a huge demand for what we offer.”