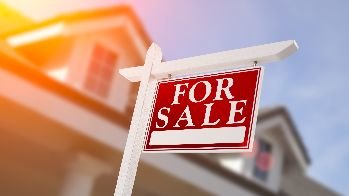 Forecast on the 2019 Home Staging Market

The time is ripe to invest in Showhomes.

A stable economy and a real estate market that consists of homes taking a longer-than-usual time to sell mean that business will be booming for the home staging market in 2019.

Showhomes Chief Operating Officer Matt Kelton recently attended the 2018 Realtors Conference & Expo in Boston and cited information presented by Lawrence Yun, the Chief Economist and Senior Vice President of Research at the National Association of REALTORS. The real estate market, Kelton learned, is seeing stable growth with no housing bubble. Home prices will also see modest growth, with about 4.7 percent growth in 2018, 3.1 percent growth in 2019 and 2.7 percent growth in 2020.

“Inventory and shortages will still be an issue but we’re starting to see inventories pick up,” Kelton said. “That’s good for us because one of our struggles is a lack of inventory.”

For Showhomes, inventory refers to the number of empty houses that are awaiting sale.

“We talk to franchisees around the country, from California to Florida, and we’re beginning to see that inventories are increasing,” Kelton said. “Homes are taking longer to sell. There are regional differences. Boise, Idaho, for example, is booming because people are moving from California. For the most part, though, I’m hearing the same thing across the board, that inventories are getting higher and taking longer to sell and that can be a good thing for us.”

Kelton has been with Showhomes for 12 years and the industry has come a long way in that time. More and more people are interested in home staging, which can provide a higher return.

“There are lots of statistics out there indicating that show homes sell 90 percent faster than a vacant home and for 15 percent more,” he said. “Staging brings up more money in a faster period of time.”

Kelton said half of his phone calls used to consist of him having to explain the concept of home staging. He said that 95 percent of people are finding homes online, so homeowners who don’t play what he refers to as “the beauty contest” can have a harder time selling.

“Home staging is now a known commodity and an expected thing,” he said. “People understand it’s become part of the real estate industry.”

“There are differences in terms of specific buyer types and international ownership,” Kelton said. “Clearly the designs in the Midwest are different from Phoenix, Arizona or Orange County, California.”

It was a timely decision. She noted that Portland is seasonal like any other real estate market, but a little less so thanks to a lack of snow and ice that plague other parts of the country.

“The Portland market has been on fire for the past couple of years,” she said. “It’s starting to happen now where the rising interest rates and the general increase in the number of properties available are returning our market to what’s a little more normal.”

Population growth in Portland, she said, is “massive” due to the high number of people moving there from California. She noted that Portland is still one of the most affordable cities on the West Coast.

“What the expectation is for 2019 is a return to normal where you list your house, some people look at it and a sale is not going to happen immediately,” she said. “That’s a really good thing for our industry.”

The home staging market in Portland, she said, is also a highly-established one.

“People here understand the value of staging,” Chandler said. “There are some fantastic staging companies that are already here and that are well-respected on the national stage. I’ve gone to national conferences and a lot of the people I’ve met are in Portland’s staging market.”

Such an established presence makes the job simpler for Chandler.

“Both homeowners and real estate agents understand the importance of staging and that it really does work,” she said. “What that’s meant to me, starting a new business, is that I don’t have to sell people on the concept of staging. I just have to sell myself and Showhomes.”

The wave of demand for home staging has already started in Portland.

“People are more receptive to staging but they are also more receptive to doing what they need to do to sell their home,” she said. “Stagers here have talked about seeing an increase in business in what is supposed to be the slow time of the year. That will probably continue.”

“We do makeovers for existing homes, homes updates and minor remodeling,” Kelton said. “We’re the only company that has this broad menu as being a full-service staging company and design organization. We’re getting a bigger and bigger market share.”

What ultimately sets Showhomes apart from the competition is the company’s Home Manager program, in which the company has executives living in homes that are for sale. This helps the house have a homier, more lived-in look when prospective buyers come to see the house.

“When a home is vacant and has that empty house smell it can be a weird stagnant feeling,” Kelton said. “If buyers walk through the house and see food in the pantry, for example, and smell home cooking, we can usually sell that home faster. You’re trying to get someone to fall in love with a home and it’s very much an emotional aspect.”

Kelton expects that 2019 will be an excellent year for the home staging market and for the Showhomes brand.

“When you look at the consolidation and the inventory levels that will be increasing, you’re seeing more and more of a need for staging,” he said. “The demand is there. This is an extremely under-served market in a fragmented industry. We see this increasing as far as a demand for the general public. It’s really a good time to join Showhomes. This is a big time for us, as we mirror the traditional real estate market.”