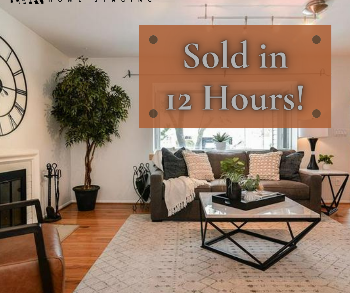 The realtor and homeowner were both so happy with the results. Then…they received asking price during the “Coming Soon” & it was accepted 12 hours after officially listed! The homeowner has said several times that she may not of moved if Renee would have come in earlier and done her magic!!