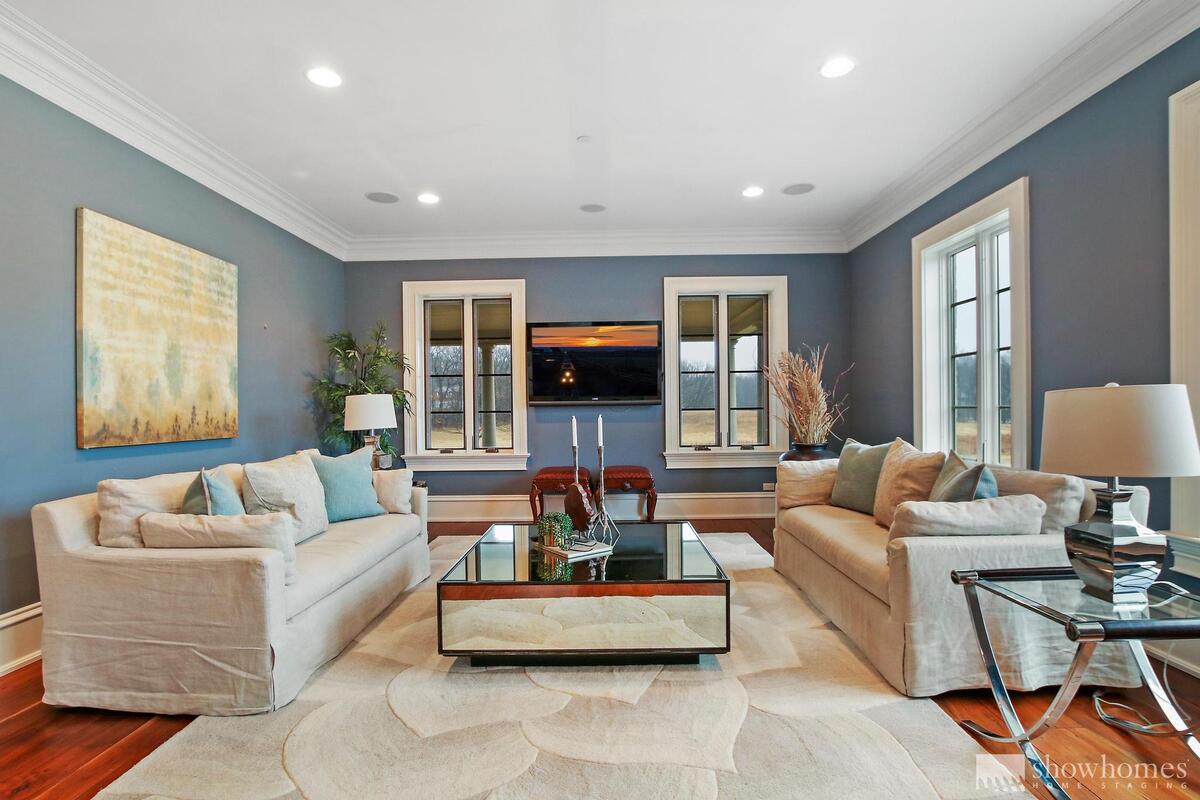 These home stagers pay to live in your house

It may not sound like a big deal that Mike Callahan carries his wife, Janine, over the threshold whenever they move to a new address, unless you consider that the pair have moved 11 times since 2010.

“Our kids think we’re crazy,” Janine Callahan said, but the vagabond life she has had with her husband in their empty nest years is a business.

The Callahans are Chicago-area franchisees for Showhomes, a Nashville-based company that stages homes for sale with more than the usual rugs, lamps and table settings. At Showhomes, staging often includes people who move into the house until it’s sold.

“When buyers walk into the kitchen, open the cabinets and see all our things in there, it feels like a home they will live in,” Janine Callahan said. “Not like a place that’s artificially staged.”

The couple is now living in a 7,500-square-foot five-bedroom home on Woodgate Road in St. Charles. Priced at $1.75 million, it’s a few miles from the 11,400-square-foot foreclosure they’re seen moving into in the photo above, in 2012.

The Callahans bring their own furniture, but Gary Kahn goes them one better. When he took up residence last month in the recently restored Oscar Mayer mansion in Evanston, his Tesla moved into the garage out back.

“Even the garage is staged, with my car and a charger,” said Kahn, who owns a medical products company and has lived in 11 North Shore homes since 2012 as a Showhomes resident “home manager.”

The conventional concept of staging homes with stylish new furnishings “is popular because it’s hard to get buyers excited about an empty space,” said Tim Calkins, a professor of marketing at Northwestern University’s Kellogg School of Management. “But add people to that and you add a level of authenticity, a personality. You can certainly shape the perceptions of people who come to look at the house.”

Kahn is one of 20 home managers camped out in North Shore homes where Showhomes franchisee Barbara Bliss has done the staging. Another eight are living in Fox Valley and northwest suburban homes staged by the Callahans, who are both franchisees and home managers.​

“It’s a chance to live large for less,” Bliss said of the home manager job. To live in the house, home managers pay a monthly fee that’s about half the cost of renting a comparable home, according to Matt Kelton, chief operating officer of Showhomes. Home managers also cover utilities and such maintenance details as snow shoveling.

Home managers “are usually in some life transition,” Bliss said. Many are relocated executives who don’t want to commit to buying a home or empty nesters who “like the adventure of moving around to different homes a couple of times a year,” Mike Callahan said. The job also appeals to recently divorced people who want to stay in or near the community where their kids are, Bliss and the Callahans both said, and to people who lost their own homes in foreclosure and are rebuilding their financial profile before buying again.

They must be impeccably neat. “I only hire people who are basically OCD about keeping everything perfect in the house,” Bliss said. Applicants get a thorough vetting, according to Bliss and Kelton, and are required to carry renters insurance for their belongings. Showhomes insures the properties on top of existing homeowners’ insurance policies.

For the sellers, “it provides a comfort level,” said Carter Bearinger, whose 11,000-square-foot house the Callahans occupied for about eight weeks in 2012. The Bearingers had already moved to Florida, so their listing agent suggested bringing in Showhomes.

“It relieved a lot of stress for us, knowing that they’d be there keeping an eye on the house so everything didn’t freeze up in the winter,” Bearinger said, and on top of that, “they baked cookies for open houses and made it feel comfortable and welcoming at showings.”

The monthly fee a home manager pays helps reduce the seller’s staging cost, too. Renting furniture and accents for a big house can easily top $5,000 a month, Kelton said, “but if you have someone paying to be in there, that helps.” Sellers don’t pay the balance due until after the home has sold.

Bliss, who’s had the Showhomes territory on the North Shore for 12 years, said that the properties she has represented had been on the market an average of 417 days before listing agents brought her in, and sold in an average of 117 days after she did her five-day staging.

Chicago is a big market for Showhomes, in part because a slow-to-recover market over the past decade left many big, expensive houses lingering on the market and in need of the extra marketing oomph that live-in staging might offer.

In addition to the 28 lived-in Showhomes properties, there are another 16 homes franchisees have decorated but have not occupied.