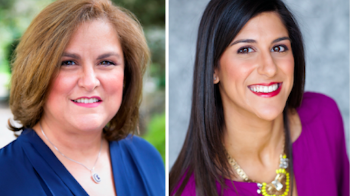 Philly is a Top City for Women Entrepreneurs

The number of women-owned firms in the United States has significantly grow in the last few years, and Philadelphia has proven to be a top city for women entrepreneurs, according to a new report.

While Pennsylvania is not among the top five states in terms of growth in women-owned businesses in American Express’ report, another report by Small Business Trends finds Philadelphia specifically is among the top cities for women entrepreneurs.

Philadelphia came in at No. 9 on the website’s list of the top 30 cities, based on data from the U.S. Census Bureau’s 2012 Survey of Business Owners, which American Express also used in its own report.

There are about 40,906 women-owned companies in Philadelphia, according to the report, primarily in health care, construction, technology and staffing services.

Ally Piccolomini and Monica Estes in 2014 began franchising Nashville-based home-staging company Showhomes on the Main Line for the Philadelphia metropolitan area, and they both say the Philadelphia region has been supportive of women entrepreneurs.

The business partners are at different points of their careers — Piccolomini is a “young adult with energy and ideas,” and Estes has “achieved what I’d wanted to achieve in the corporate world,” according to Estes, who said it gives the company diversity.

“There’s always been a challenge associated with setting up a business in Pennsylvania,” Estes said, “but Philadelphia itself is open to all types of people from a variety of different backgrounds.”

The local tax infrastructure is a challenge, Estes said, but in terms of the wealth of opportunities available, the region is “very friendly” due to the diversity of its industries