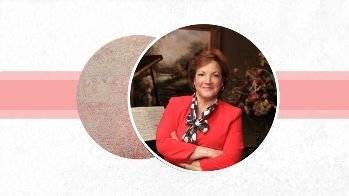 Why I Bought My Franchise: Nancy Jones, Showhomes

Why I Bought My Franchise: Nancy Jones, Showhomes

With an eye for design and a mind for business, it’s easy to see why this Winston-Salem franchise owner felt right at home with this home-staging brand.

Nancy Jones has always loved the furniture and design business. In her multifaceted career, she was a successful wallpaper salesperson, a district manager at one of the largest furniture manufacturers in the country and a director at a luxury furniture brand.

But in addition to her design eye, she’s got a mind for business and loves being her own boss. At one point she co-owned a furniture company and design center as well as a commercial equipment cleaning franchise.

So it’s no wonder that when an opportunity to own a Winston-Salem area Showhomes* franchise came her way in 2014, she and husband Robbie jumped at the chance. The Nashville, Tennessee-based home staging franchise with more than 60 offices in 18 states fit their backgrounds like a custom-fit sofa slipcover.

Today, the couple owns two Showhomes territories in North Carolina, one in the Winston-Salem/Greensboro/High Point area and another in the Asheville-Western area.

1851 Franchise talked to Nancy about why Showhomes became the franchise they wanted to join.

1851 Franchise: Tell me a bit about your background.

Nancy Jones: I have a diverse background. I have a degree in business administration, and I’ve always wanted to own my own businesses. I’ve never been great at working for somebody else. I had a furniture company and design center in Myrtle Beach, South Carolina, but my partner decided he wanted to leave the business for personal reasons. Then, my husband lost his job at a soft drink company after it was sold, and the top guys were let go. We began to look for opportunities to reinvent ourselves.

1851: Why was Showhomes a better fit than other brands in the segment?

Jones: We had moved to North Carolina, but I couldn’t find a job in anything except for retail working nights and weekends. Let’s face it, we were on the short end of the stick. So I really didn’t want to go and work all the time when my husband would be at home. We had looked at several other franchise opportunities, but Showhomes was just too perfect for my background as well as Robbie’s knowledge of home updates and renovations.

1851:  Walk us through your journey as a franchisee candidate with Showhomes. What happened between your first inquiry and opening your first location?

Jones: We had been down in Tampa, Florida on a work trip, and happened to be looking for a rental property. We saw one home that was so unbelievable we couldn’t believe it was true for the price they were asking. Turns out, that house was part of the Showhome Home Manager program, which was why it looked so great. We met the franchise owner during that trip. About three years later, and after several job changes, we were living back in North Carolina. One day, that Tampa franchise owner called us and said, “Hey, there’s a Showhomes franchise territory opening up in your area. Are ya’ll interested?” We were.

Jones: We didn’t do Discovery Day, but we met the CEO of the company Bert Lyles who was in North Carolina because he was dropping off his son at Wake Forest University. It was just the perfect storm. We met at a hotel and talked for about three hours, and we just fell in love with his passion for the business. We also loved Showhome’s core values and mission. It was just a great fit. We signed that weekend.

1851: What advice would you give to a franchisor who is hoping to get more franchisees to sign on?

Jones: Sometimes you read so much about the franchisor, but that you really don’t get to see inside of the business. So testimonials from current franchisees go a long way. Also, posting pictures from current franchisees allows potential franchisees to see things that you can actually do. One of the great things that Showhomes does is to make it very personal for new franchisees. When we talked to Bert, he made it clear that our success is his success. He wasn’t just going to sell our business and go on his way. We knew that we were signing into a family.

*This brand is a paid partner of 1851 Franchise. For more information on paid partnerships please click here.